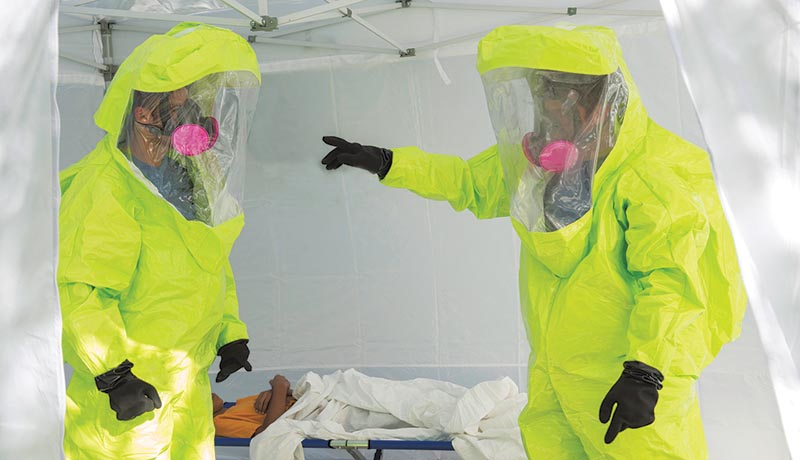 The New York City Department of Health, NYC Human Resources Administration and Mt. Sinai Occupational Health Clinic had convened one expert panel in Indoor Environments to develop the policies for medical and the environmental evaluation along with the intervention to address Stachybotrys atra contamination. The guidelines were made due to the mold growth issues in NYC buildings. And now it has revised and expanded it to include guideline on removal of fungi too. It is fully developed on the basis of the reviews of panel that included experts from various sectors of health sciences as well as microbiology. They even suggested several environmental services New York to be introduced so as to reduce the indoor environmental issues faced. Mainly the guidelines were intended to be used by building management as well as the engineers, but are also available for the general distribution to any person who is concerned with the fungal contamination like health professionals, general public or even environmental consultants.

The reasons why fungi are included in expansion of the guidelines are many. Most fungi are identifies as the toxic agents. People who are performing the renovations or cleaning of the widespread fungal contamination will be at risk for developing the Organic Dust Toxic Syndrome or HP that can produce the flu-like symptoms on heavy exposure to the dust that is contaminated with fungi. The repeated exposures to the allergen can result in the permanent lung damage. Fungi can also cause the allergic reactions like runny nose, cough, eye irritation, congestion, asthma, etc. The fungi are present in indoor as well as the outdoor environments.

With the most possible exception of remediation to heavily contaminated indoor environments by the environmental services New York, high-level exposure is not expected to happen while performing the remedial work. Several reports are there which prove the health effects resulted in the office workers in offices that are contaminated with the moldy surfaces and also in home residents when contaminated with the fungal growth. The building components that are chronically water damaged or moist can be mold contaminated especially on walls, support beams, ventilation systems, etc. Even the moldy food must be discarded.

The building materials which support the fungal growth must be remediated by the environmental services New York as rapidly as possible to ensure a perfect healthy environment. All the repairs of defects which led to the water accumulation must be conducted in conjunction in prior of or with the fungal remediation.

"One Company - One Solution"